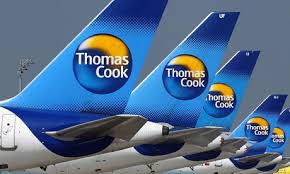 Thomas Cook has revealed its new UK management structure, and also confirmed that chief people officer and global head of destination management Pete Constanti will leave the business at the end of the year.
In an announcement to staff today, UK chief executive Peter Fankhauser confirmed the appointment of Uli Sperl from Thomas Cook AG as product and yield director overseeing all Cook’s UK tour operating brands and wider leisure travel products.
The appointment of an over-arching role reflects Fankhauser’s desire to move away from the previous division of tour operations into mainstream and independent businesses.
Other appointments announced today included the promotion of newly-appointed marketing director Mike Hoban to marketing, sales & e-commerce director, and the promotion of former transformation director David Taylor to chief financial officer.
Hotels4U founder Haim Perry will become hotel purchasing director, but a new position of service and quality director is yet to be filled. Joanna Wild has already been unveiled as the firm's new retail director.
Fankhauser said: “Today marks the next step in the transformation of the UK business.  A new leadership team, focused on the UK and taking on new and enlarged roles, will unite our teams.
“Together with our colleagues, we will bring together the strengths of what was formerly our mainstream and independent businesses, working more effectively and increasing our focus on the customer.”
Cook has also confirmed that Pete Constanti will be leaving at the end of the year, just two months after he was appointed to his new role.
Constanti reported direct to group chief executive Harriet Green, and is the latest in a string of departures which include mainstream and independent chiefs Ian Ailles and Phil Aird-Mash, chief commercial officer Neil Morris, chief financial officer Michelle MacMahon and retail chief executive Simon Robinson.
A company spokesperson confirmed Constanti was leaving after 21 years with Cook, and added: “Pete’s existing team will continue to report to him until December 31. We wish him every success for the future and thank him for his commitment to Thomas Cook over the years.”
Posted by Dave Jones at 15:35 No comments: 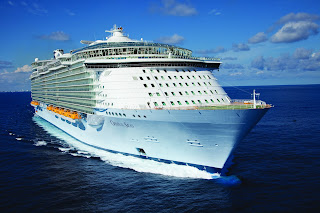 The Finnish government rejected a financing package for shipyard STX Finland to build a third Oasis-class ship, according to a report in Finnish newspaper Turun Sanomat.The paper said the shipyard in Turku and Royal Caribbean Cruises Ltd. will try to renegotiate an acceptable financing package.Royal Caribbean, which had the Oasis and Allure of the Seas ships built in Turku, confirmed in an earnings call last month that it was negotiating for a third 5,400-passenger ship.Oasis cost $1.4 billion or about $220,000 per berth when it was ordered in 2006. Royal Caribbean said the new ship could be ordered at a lower cost per berth than the Oasis or sister ship the Allure of the Seas, which cost $1.2 billion.Outside of the Oct. 25 earnings call, Royal has declined to comment on the negotiations.A second Finnish paper, Yle Uutiset, quoted former Turku shipyard CEO Martin Saarikangas, as saying he was confident the deal would get done."I'd take the silence as a positive signal," he said to the paper. "If history is correct, there is sure to be something pending. The situation is not hopeless."Yle Uutiset said Finnish Economic Minister Jan Free Mount and Defense Minister Carl Haglund refused to comment on the financing of the project.
Posted by Dave Jones at 20:50 No comments:

Email ThisBlogThis!Share to TwitterShare to FacebookShare to Pinterest
Labels: oasis of the seas, Royal Caribbean


A special inflatable turkey featured aboard the Carnival Breeze
Miami locals were treated to a rather unusual spectacle yesterday (November 21st) when a Carnival Cruise ship arrived in port with a special guest onboard - a giant inflatable turkey.

The blown-up bird was in attendance as part of the cruise provider's nod to this week's Thanksgiving holiday celebrations, arriving aboard the company's Carnival Breeze liner.

Measuring 55 feet in height and weighing 1,250 pounds, the rather fetching fowl was adorned in a straw hat and snazzy Caribbean shirt.

Fortunately for the big bird in question, she was soon back at sea before anyone caught wind of her rather delicious looking presence in port.

The Carnival Breeze set off on a two-day cruise today to mark the annual occasion.

From Saturday the vessel will then begin a year-round series of six and eight day Caribbean cruises, setting off from the same Miami port.

The Carnival Cruise Lines made travel headlines earlier this month when the Carnival Glory returned to action following a multi-million pound renovation.

By Tom Stieghorst
Norwegian Cruise Line is testing a beverage package on three of its ships, similar to plans being evaluated by other lines, to see if it is worth offering fleet-wide in the future.

The package, currently offered on the Norwegian Sun, Norwegian Gem and Norwegian Jade, includes unlimited alcoholic drinks for $49 per person, per day, a spokeswoman said.

"We're being very cautious about it," said Norwegian President Kevin Sheehan. "But if the market is moving in this direction, we don't want to be left behind."

Carnival in August offered a drinks package on the Carnival Victory at $42.95 per person per day, for beer, wine, mixed drinks and soft drinks priced under $10 a day. It has since expanded the test program to four of its ships.

Other lines including Celebrity and Royal Caribbean have similar programs on at least some of their ships.
Posted by Dave Jones at 21:06 No comments: