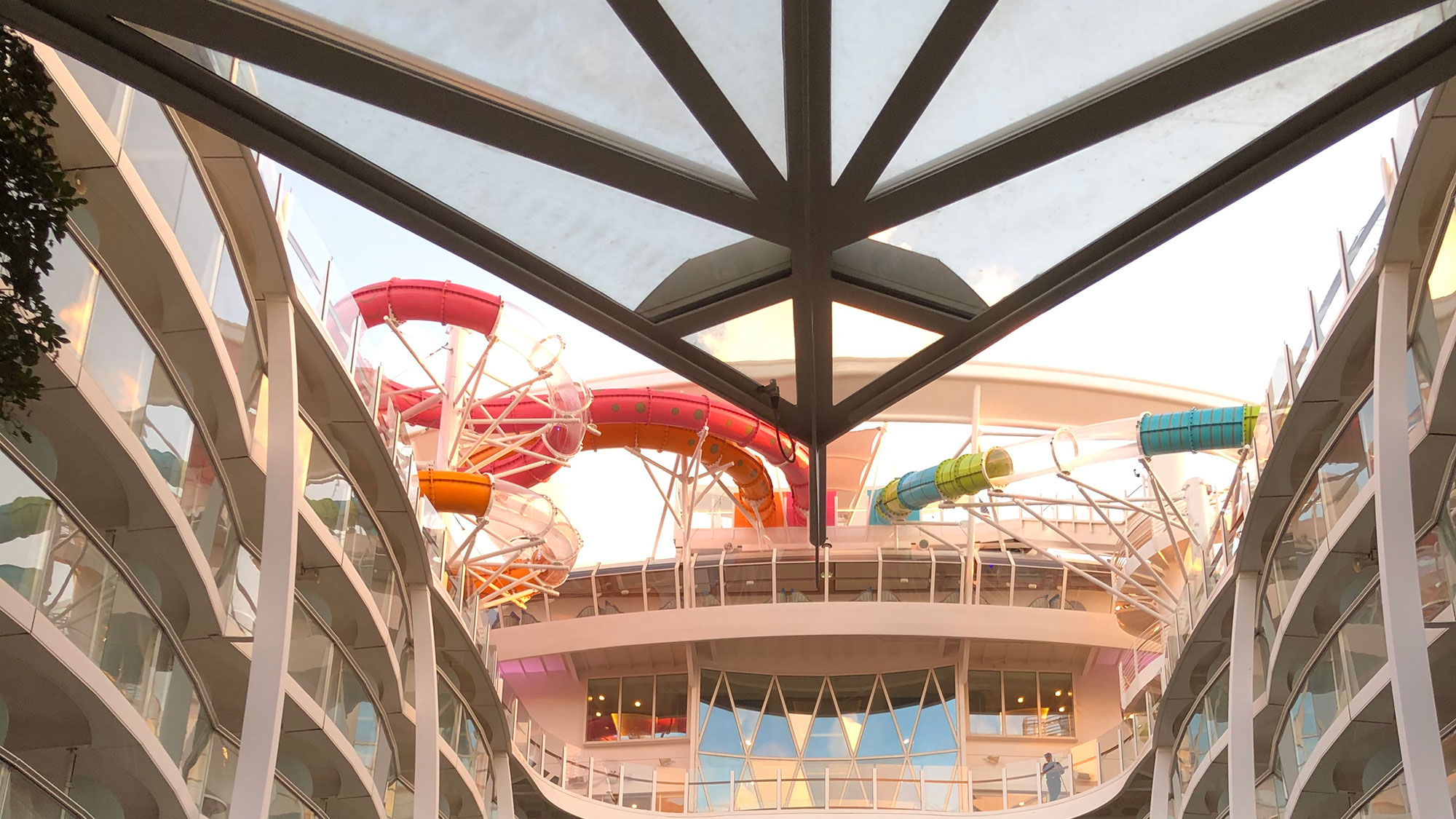 The Oasis of the Seas now features the Perfect Storm trio of waterslides. Photo Credit: Tom Stieghorst
Royal Caribbean's Oasis of the Seas is ready to begin its Caribbean season from Miami, fresh off of a 53-day drydock in Cadiz, Spain.
The 10-year-old ship received $165 million in refurbishments and improvements, including many elements that first appeared on Royal Caribbean's Quantum-class ships.
Among those elements are the two-story Music Hall and the Bionic Bar, where two robotic bartenders mix drinks for passengers. 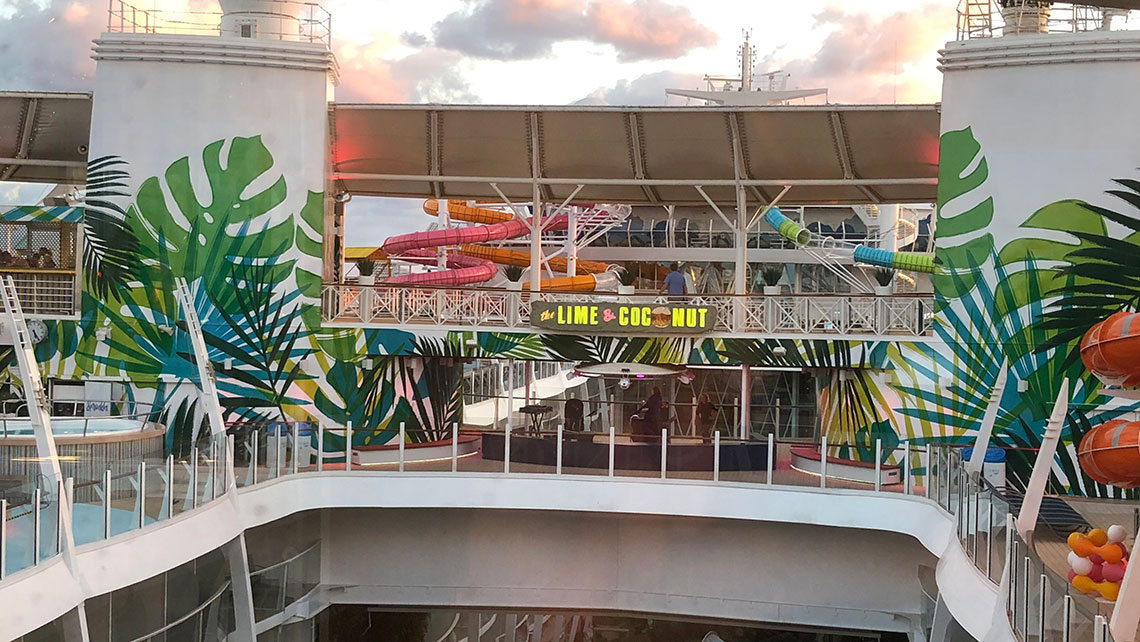 Also retrofitted onto the ship was a package of slides that weren't part of Royal Caribbean's featured lineup when the Oasis debuted in 2009. The package includes the 10-story Ultimate Abyss dry slide and the Perfect Storm, three high-speed waterslides known as Typhoon, Cyclone and Supercell.
Other features that have debuted on Quantum ships or on recent makeovers of Oasis-class ships include the Lime & Coconut multi-story pool deck bar, a Sugar Beach candy store, an El Loco Fresh casual Mexican eatery and a Playmakers Sports Bar & Arcade.
Posted by Dave Jones at 12:50