Norwegian Breakaway in a Dry Dock.
As the cruise industry sails into the third decade of the 21st century, the signs of its vitality are everywhere.
New entrants are flocking to the business. Established players have record booking curves. Big networks of cruise vacation advisors are growing. Competition is healthy but not cutthroat. And cruise lines are spending more than ever before to modernize their older ships.
Cruise line executives are optimistic, none more so than 30-year industry veteran Richard Fain, chairman of Royal Caribbean Cruises Ltd.
"We expect to end this year with more revenue on the books than ever before, with very high booked load factors at very attractive pricing," Fain told Wall Street analysts in October. "All of that bodes well for an attractive 2020."
Perhaps no development demonstrates the vitality of today's cruise industry more than the growth of expedition cruising. No fewer than nine expedition ships from seven cruise lines are expected to arrive in 2020.
And everyone wants in. Luxury names such as Crystal and Seabourn as well as Viking Ocean Cruises are all preparing to add expedition capacity to their portfolios.
Brands with cachet in other parts of the hospitality business are putting capital into the cruise arena. Virgin is adding ships to its existing plane, train and hotel brands, with Virgin Voyages set to launch in April.
And sprawling Marriott International, through its Ritz-Carlton brand, will rejoin the cruise industry with the Ritz-Carlton Yacht Collection, 25 years after giving up its previous cruising venture, a part interest in Sun Line. Ritz-Carlton's 298-passenger, ultraluxury vessel, the Evrima, is scheduled to debut in June. 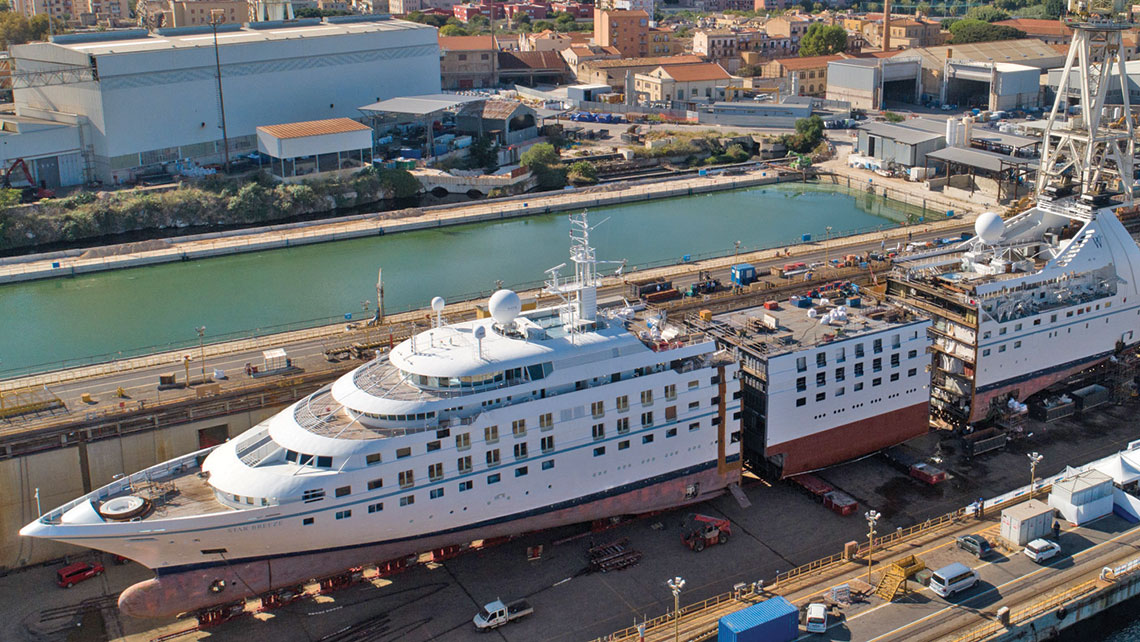 The yacht-like Windstar ships are being stretched and relaunched by owner Xanterra.
The supersizing of refurbishments is another demonstration of cruise vitality. Royal Caribbean International just completed a $165 million rejuvenation of the Oasis of the Seas, and Norwegian Cruise Line plans to spend $100 million next year on its 22-year-old Norwegian Spirit.
"This is the most extensive revitalization in our company's 50-year history," Norwegian chief sales officer Katina Athanasiou told an audience at CruiseWorld in November.
Continued innovation is another hallmark of vital industries. In August, the 5,282-passenger Carnival Mardi Gras will debut, the first liquefied natural gas-powered cruise ship to sail in North America and the first to have a roller coaster onboard.
The coaster follows hard on the heels of go-kart tracks and sky diving simulators developed by rival lines.As Carnival Cruise Line gears up to celebrate its 50th anniversary in 2022, it is still finding new homeports from which to sail. Next year it will deploy the Carnival Miracle to San Francisco, its 19th domestic homeport, where it will offer cruises to Mexico, Hawaii and Alaska.
Cruise selling is also a dynamic contributor to the vitality of the cruise sector. At its recent annual convention in Hollywood, Fla., Cruise Planners celebrated its growth into a powerhouse of 2,500 franchises nationwide.
"From 2015 to 2019, we've doubled our sales," Cruise Planners CEO Michelle Fee said.
Even corners of the cruise industry that were once endangered are prospering. In 2007, Carnival Corp. sold the diminutive Windstar Cruises to Ambassadors International, and the sail-powered line fell into bankruptcy during the Great Recession.
It was rescued in 2011 by Xanterra Parks and Resorts, which bought three 212-passenger ships from Seabourn to expand the fleet.
Now those ships themselves are being expanded. Windstar has budgeted $250 million to cut each of the former Seabourn ships in half and insert an 84-foot block of new cabins and public areas into the middle.
The process was started in October with the Star Breeze, which also got new engines and a larger fuel tank. The schedule calls for a similar stretching of the Star Legend and Star Pride to be completed by November.
Posted by Dave Jones at 12:43