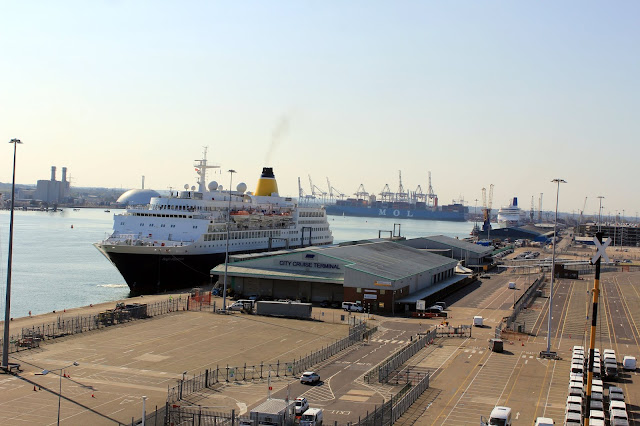 Southampton remains “on course” to be the first port in the UK to introduce shore power for cruise ships.

Shore power, which is also called cold ironing, reduces the time ships are required to run their engines in port, reducing pollution.

Associated British Ports (ABP) said it would meet its previous pledge to install the technology in Southampton in 2020.

Shipping is forecast to emit between 2% and 6% of nitrogen dioxide emissions in Southampton, ABP’s Port Air Quality Strategy said in 2018.

A report to Southampton councillors in January 2019 said shore power could deliver “public health benefits” and the council applied for a £7 million government grant for the project, that was later rejected due to concerns over insufficient benefits and the speed of delivery

However, prime minister Boris Johnson said he was “very interested” in the proposals in the lead up to the recent General Election.

ABP said its shore power pledge remained “on course” although issues remained over funding and a large amount of power needed for large cruise ships.

Port director Alastair Welch said: “What we don’t want to do is to plug a ship in and brownout the city.”

Cold ironing is already available for cruise ships in the United States, Canada and some European ports.
Posted by Dave Jones at 11:26